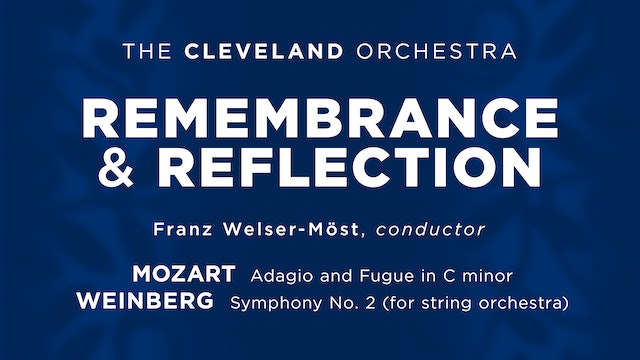 MOZART Adagio and Fugue in C minor
WEINBERG Symphony No. 2 (for string orchestra)

Mieczysław Weinberg is among the lost composers of the 20th century. Raised in Poland, he fled eastward after his parents were among many Jews killed in the Nazi invasion. Eventually, he landed in Moscow in the midst of World War II. Befriended by Shostakovich, his musical style evolved in complexity and range — balancing his mentor’s sarcasm and finesse with Mahlerian ambition and grandeur. His Symphony No. 2 dates from just after the war’s end, offering a musical work of nostalgic warmth, grace, and reflection. Mozart wrote his Adagio and Fugue in 1783, built on a theme he earlier penned for two pianos. This magisterial work for strings offers serious and animated expression from the depths of Mozart’s genius.